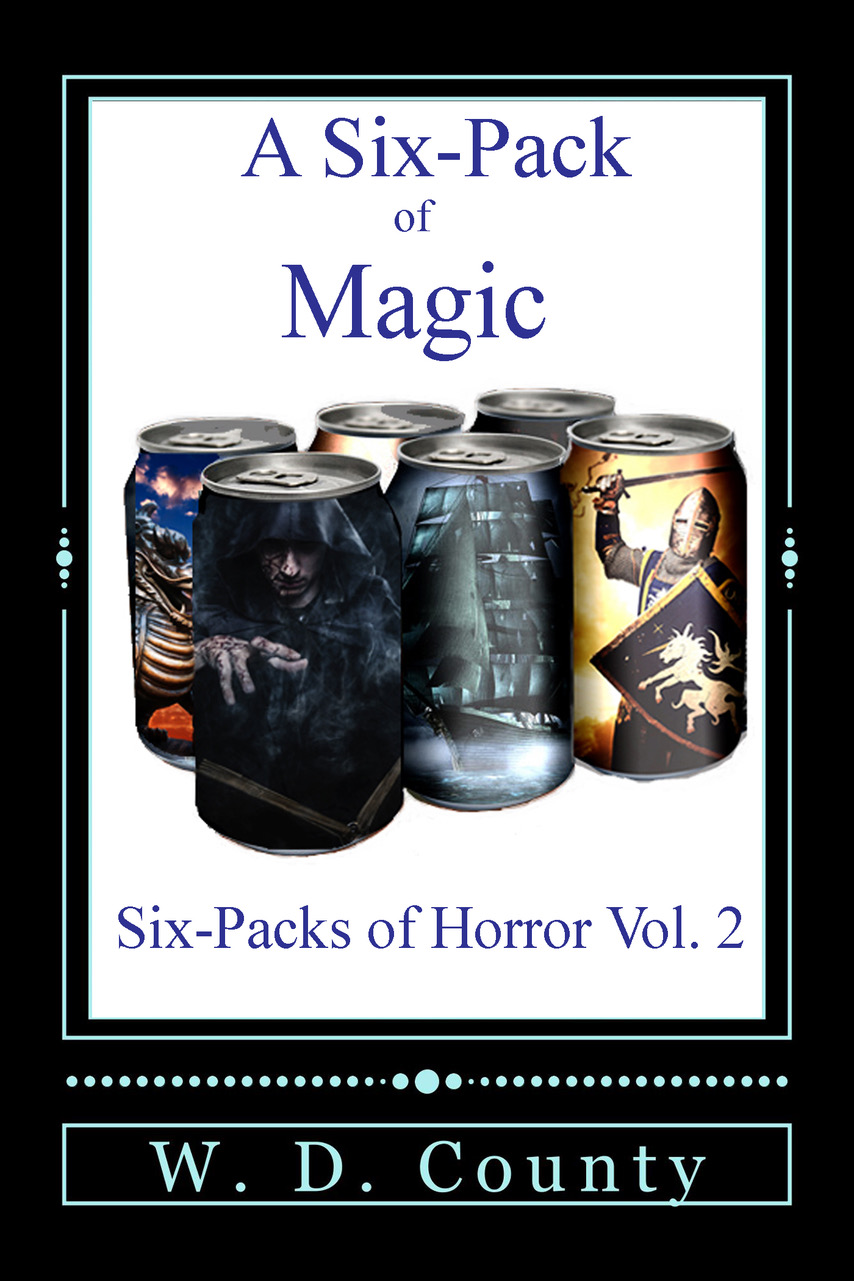 A Six Pack of Magic

This anthology of W.D. County’s stories covers the theme of magic: a wizard’s apprentice who transforms himself to escape a firing squad, a sorcerer reanimating the dead, a dragon flying over the Emperor of China, a belt with some rather unusual qualities, a colonial slave trader with troublesome cargo, and a man who finds avoiding death has a price. Each story is different, yet each shares the underlying power of dark magic; a power that entices and promises greatness right up to the moment you realize you aren’t in control… and never were.